Pharmaceutical industry is worried about agreements with the EU 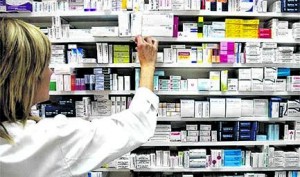 In the negotiations with the European Union (EU), in terms of copyrighted material, they talked about test data (information to produce generics), said the Minister of Foreign Trade Francisco Rivadeneira. The authority stressed that Ecuador accepted the proposal of Europeans in what refers to test data, 5 years for drugs and 10 for agrochemicals. Deadlines that will take effect in 7 years.

Renato Carló, President of the Ecuadorian Association of Pharmaceutical Laboratories (ALFE for its Spanish acronym) noted that they “have no choice but to accept the negotiation”.

“I agree that there must be an openness to trade, but for the same there should be an order within the country to improve the stage for those who make National industry”, he said.

Carló said that the pharmaceutical industry supplies 20% of the national market, which represents about $ 320 million a year. However, he said, drug imports totaled $ 1,280 million. The country sold $ 1,600 million in total.

Preliminary work to exploit the Tiputini will begin the coming days