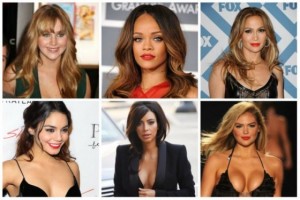 Google removed “tens of thousands of photos” of celebrity nudity, as Jennifer Lawrence, Rihanna and Kim Kardashian, after the celebrity lawyer Marty Singer, has threatened to sue the company for $ 100 million.

A spokesman for Google said: “We’ve eliminated tens of thousands of images and hundreds of accounts have closed. Internet is used for many good things. Stealing private photos from people is not one of them..”.

Singer argued that Google facilitated the dissemination in the network of the hacked naked pictures of the famous, which caused damages to their defended.

The lawyer sent a letter to Google on Wednesday with the threat of a lawsuit without citing the celebrities who represents, however it is believed that these are stars like Jennifer Lawrence, Kristen Dunst, Kate Upton among others, as published by The Hollywood Reporter.