Pope Francis says the Big Bang does not contradict Christianity

On Monday during a speech in Rome for the inauguration of a bronze bust in honor of retiree Pope Benedict XVI at the Pontifical Academy of Sciences at the Vatican, Pope Francis said that the scientific theory of the Big Bang about the origin of the universe “does not contradict God’s intervention, but demands it” and “the beginning of the world is not the work of chaos, but derives directly from a supreme power creator of love.”

Pope criticized when people read in Genesis how was the origin of the world and they think “God is a magician that created everything with a magic wand, but it’s not.”

“He created beings and left them to be developed according to the internal laws that gave each of them for their evolution, so they could reach their fulfillment,” said Jorge Bergoglio, before adding that “this is how the world advanced century by century, millennium by millennium, to become what it is today.”

Finally, Bergoglio said that the responsibility of the scientist, “especially the Christian Scientist, is to wonder about the future of humanity and the world” thus helping to “prepare, preserve and eliminate hazards that may exist, both natural and human-made.” 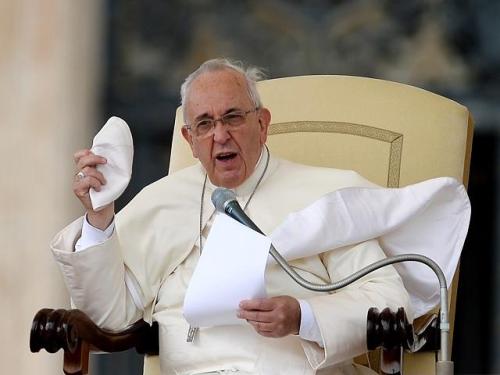