Poroshenko announces interim agreement with Russia for the supply of gas 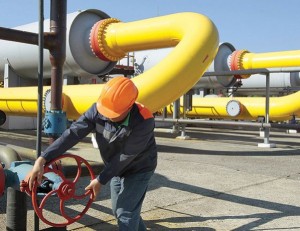 Ukrainian President Petro Poroshenko said that his country will not get chilled this winter thanks to an interim agreement with the president of Russia, Vladimir Putin, for the resumption of Russian gas supplies.

Poroshenko said that the agreement covers “only the winter” and that the price would be $ 385 per thousand cubic meters, when the current is $ 485. “The Russians have accepted it,” he stressed.

The president made these announcement to Ukrainian television on Friday after a meeting with Putin in Milan and the main leaders of the European Union.

He also reported an agreement with Moscow to regain full control of the Russian-Ukrainian border, a key condition to pacify the east , according to Kiev.

This conflict between the armed forces of Ukraine and pro-Russian militia has left more than 3,600 deaths since April.