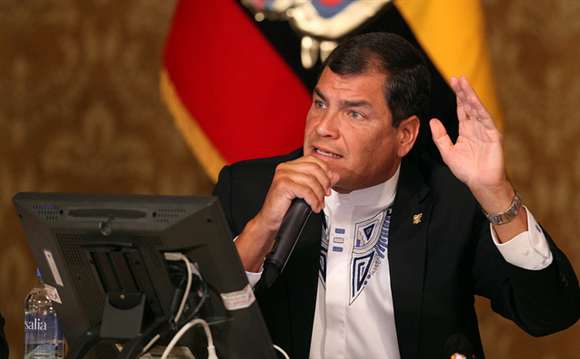 Photo: Presidency of the Republic

President Rafael Correa, described on Friday as “unacceptable” to the disaffiliation of the Councillor of Quito, Karen Sanchez of government movement Alianza PAIS (AP), and demanded be processed the mandate revocation of the official.

Sanchez announced on Friday its disaffiliation, leaving the motion without a majority, arguing that there are differences with AP. Meanwhile, his colleagues in the cantonal council qualified their decision to treason.

Correa said on his Twitter account: “Not enough to expel her of PAIS, we must put all our efforts for the removal of officials Those who pay taxes in Quito not want these demagoguery and politicking.”.

Sánchez voted last Saturday against the increase of urban transportation fares and reduced their cost for people with disabilities, proposed by the Mayor of Quito, Mauricio Rodas.