EE.UU. and Cuba achieved “significant progress” after second round of negotiations 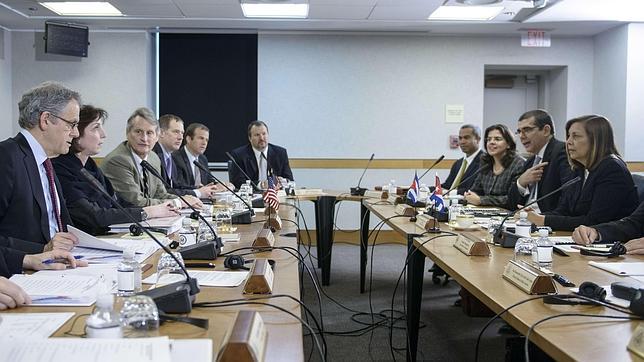 United States and Cuba made “progress” on Friday during the second round of diplomatic negotiations in the hope that embassies are reopened before April 10.

“We have made significant progress in our discussions,” said at the end of the meeting the head of the Cuban delegation, the diplomatic Josefina Vidal.

One of the main topics discussed was the permanence of Cuba in the State Department’s list of countries sponsoring terrorism.

On the subject, Vidal said Cuba at no time placed the removal of the country of that list as a “precondition” to advance understandings.

However, she insisted that the issue was “very important priority for our country,” and that should be resolved for the talks to move forward.

Jacobson, meanwhile, admitted the persistence of outstanding issues and said the United States is “working hard to solve in the coming weeks”, and therefore said: “We can do it in time for the Summit of the Americas” to be held in Panama on 10 and 11 April.