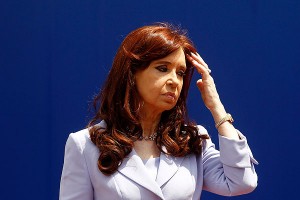 The President of Argentina, Cristina Fernández, suspended a trip to the Vatican that was scheduled for January, due to a fracture of her ankle, suffered on Friday, December 26, reported the Cabinet Chief Jorge Capitanich.

Fernández had planned an interview with Pope Francis along with her counterpart of Chile, Michelle Bachelet, in commemoration for the 30 years of the Peace Treaty between the two countries that ended with Vatican mediation, on a conflict of the Beagle Channel.

Capitanich also reported that all hearings of the president have been “rescheduled from January 12.”