President Lenin Moreno, accompanied by several of his State ministers, from the Carondelet Palace, announced tonight a series of economic measures due to the fall in the price of oil and the onslaught of the coronavirus worldwide. 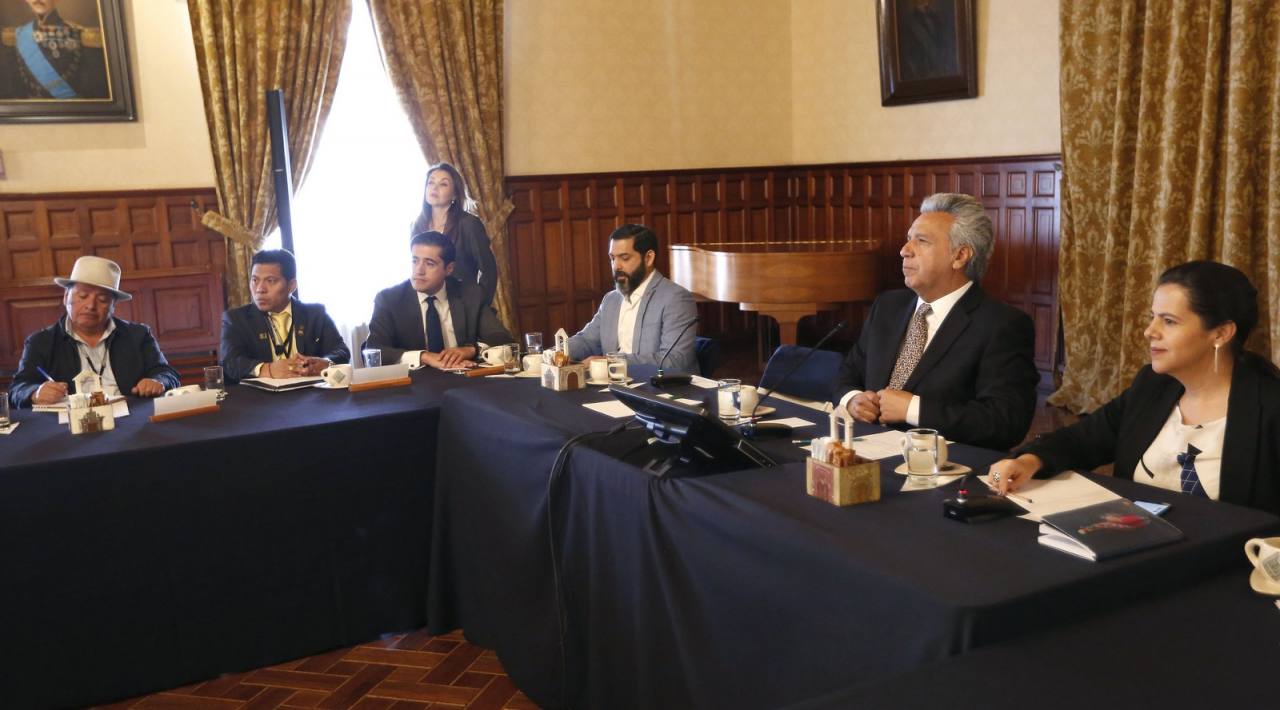 Although it was believed that it would touch some fuel subsidies, he did not address that issue.

In an intervention of less than 5 minutes the announcement was given, in which the president said it was time for responsible decisions, which must be accompanied by solidarity and input from all. He detailed the percentages that will be reduced from the salary of public employees.

Austerity was one of the first announcements. Therefore, there will be a budget cut of 1400 million dollars, of those 800 million in goods and services and 600 million in capital goods. Health does not go into clipping.

Moreno said he will send to the Assembly the proposal that those citizens who have vehicles valued at more than $ 20,000 pay a 5% contribution on the appraisal. The instructions to define how to know the amount to pay for this proposal are still missing.

Earlier, the president with representatives of social sectors said that the current situation was quite difficult, so he decided the dialogue.

Yesterday, after the announcement made by the president in his social networks, groups such as the Confederation of Indigenous Nationalities (Conaie) and the Unitary Front of Workers expressed their discomfort at the measures that affect the people. (I)