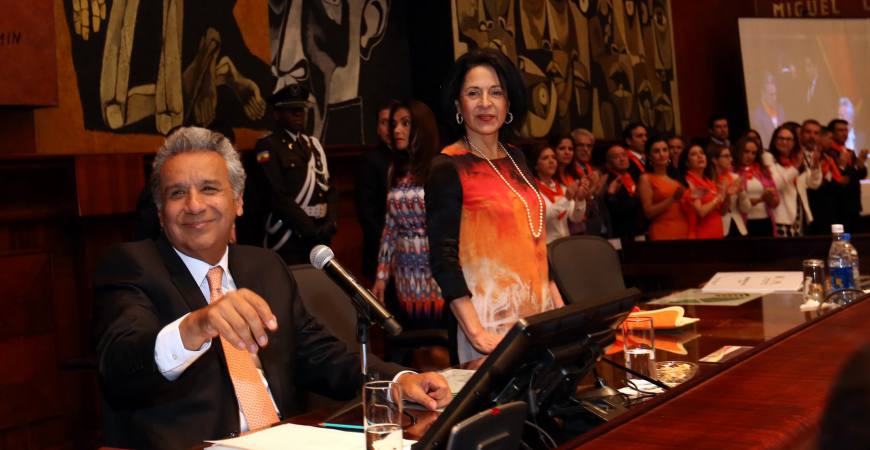 Today, President Lenin Moreno presented the bill against Gender Violence at the Legislature, emphasizing the need to fight against a “shameful and unworthy” reality.

According to Moreno, 6 out of 10 women suffer some sort of violence, a reality he described as sad. “We must put an end to deaths due to gender violence; we can not remain unmoved before the murdered women, we can not be a society that covers up this acts.”
In that context, he called the order forces, the media, and the citizens to confront violence. He also made an invitation to reflect on cases of femicide.

“The more voices are heard, the better the outcome,” said Moreno, who at the same time committed to the cause by saying “now it’s their time, their story.” (I)

Icons become iron in the hands of Dario Suarez