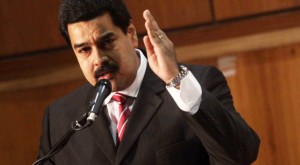 The President of Venezuela, Nicolás Maduro, said on October 24 that he will make a “comprehensive review” of relations with Spain “in order to respect the dignity” of the country after the President of Spain, Mariano Rajoy, rules on the case of the Venezuelan opposition leader arrested Leopoldo López.

Rajoy, who on Wednesday October 22 met with Maduro’s wife, Lilian Tintori, expressed his concern and of the European Union for the trial of the jailed opponent since last February on charges relating to violence following an anti-government march.

“I raised out that in order to respect the dignity of Venezuela we do a comprehensive review of relations with Spain and not accept any more, anyone’s aggression,” Maduro told to his Foreign Minister Rafael Ramirez during a Government ceremony in Caracas.