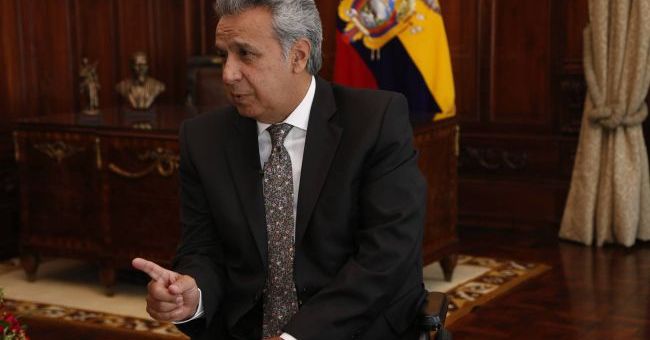 Rodriguez was sentenced to a four-year prison sentence imposed by the First Criminal Guarantees Court of Carchi for the offense established and sanctioned in the first paragraph of Article 257 of the Criminal Code, according to the presidential decree.

On December 19, 2017, the Minister of Justice forwarded a report on the request for a presidential pardon in favor of Rodríguez, in which she recommended granting it. Claudia Rodríguez has been in prison since February 4, 2017.

On the other hand, Jorge Wladimir Peña Ortiz, was sentenced to serve eight years in prison, however his sentence was modified by mitigating to four years, which was imposed by the Third Criminal Guarantees Court of Pichincha for the commission of the offense and sanctioned in the first subsection of article 257 of the Penal Code.

The Minister of Justice also recommended the granting of the pardon requested by Peña. He has been detained since June 26, 2017. The executive decrees issued recall that, according to the Constitution, the powers of the chief executive are to pardon penalties, in accordance with the law. (I)