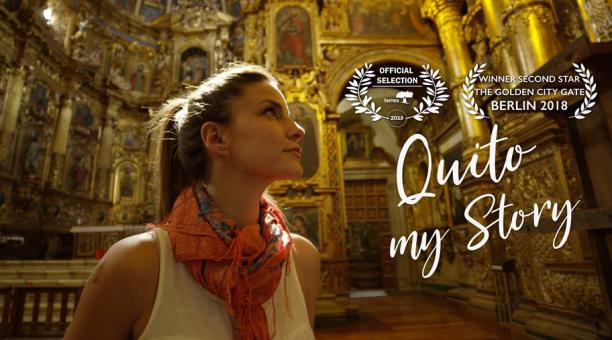 Quito won the Tourist Destination City Award in the Tourism Communication category for the promotional video ‘Quito, my story’ during the second edition of the Terres Cataluña Festival that shows the most innovative trends in audiovisual representation in experiences Travel.

The award was presented on Friday, May 4, 2018 in Catalonia, Spain. The award-winning video was made by the Quito mayor’s office with the production of Chronos Cinema. Tells a story in three minutes that invites you to tour the Ecuadorian capital and create your own story.

The video is part of one of the strategies with which Quito seeks to promote tourism internationally. Two and a half months after the launch, the video adds more than 700,000 reproductions in different social networks, both in its Spanish and English versions.

For Veronica Sevilla, General Manager of Quito Turismo, receiving a second international award shows a city with a wonderful history behind that is worth visiting. “Quito is the ideal destination for travelers looking for nature, gastronomy, culture, heritage, adventure and much more.”

The festival specializing in tourist and landscape film shows productions that encourage travel, especially about the discovery of natural environments that promote the sustainable development of tourism.

A total of 100 films participated in the second edition of the Terres Cataluña Festival, which was held from May 2 to 5 in the city of Tortosa. The event received more than 250 entries from Spain, and also included 18 countries in the world such as Portugal, Germany, Austria, Belgium, Croatia, Chile, Brazil, Iran, among others.

It is the second prize that Quito receives for the realization of this video. On March 7, 2018, the capital received the Second Star trophy in Berlin, as part of the Golden City Gate awards for the best audiovisual tourism products. (I)