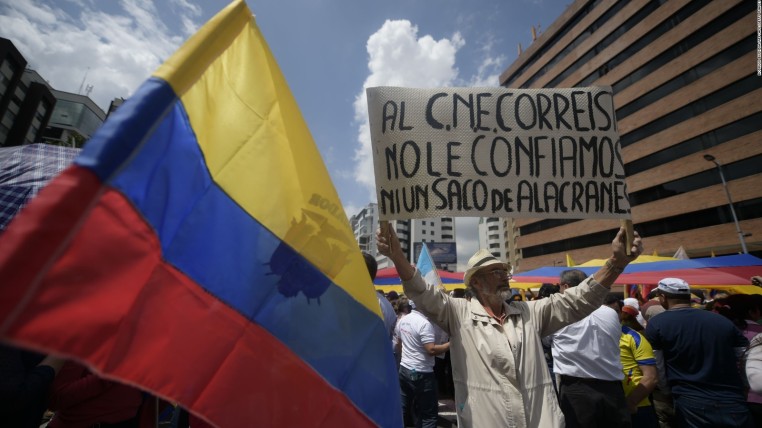 Thousands of people have taken the avenues of at least nine American countries in the last four weeks. From solid democracies like the United States to failed ones like Venezuela, the vision is the same.

Their motives are as varied as the results: to demand changes in Chilean education, to reject the Brazilian corruption, to ask for rectifications to the Argentine “macrismo,” to protest against the increase in bus fares in Colombia, to dismiss the unconstitutional pretensions of indefinite presidential reelection in Paraguay, to demand the release of Donald Trump’s tax returns in the United States, or every conceivable reason for regaining the freedom, democracy, and prosperity that once existed in Venezuela.

All these rallies have achieved something, although not always the original proposal.

Pamela Anderson calls on France to be Assange’s new refuge