Quiroz Made it to the Finals 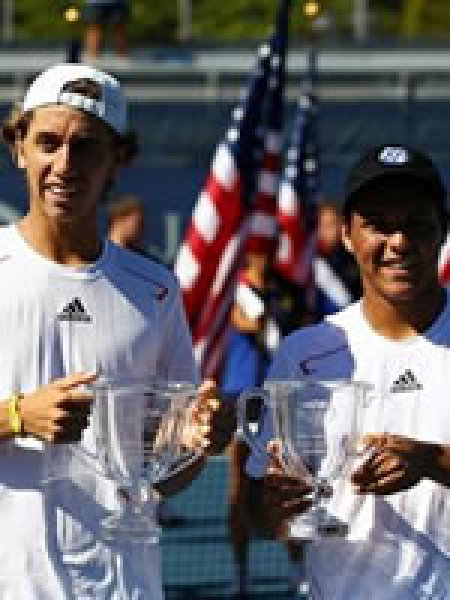 This young tennis player already won in Roland Garros arena last June, yesterday he made it to the US Open finals.

It took less than an hour for the Ecuadorian and Peruvian pair to set the scoreboard 6-0 and 6-3. Quiroz and Beretta are on third place as tournament’s favorites.

In today’s final, a match between Oliver Golding (British) and Jiri Vesely (Czech) against Russian players Victor Baluda and Alexander Rumyantsey, will be held. The South American duo will play with the winner.

Roberto Quiroz is the nephew of Andrés Gómez, the Ecuadorian ex professional tennis player who won in Roland Garros arena in 1990. It seems sporting talent runs in the family.

Nadal Beats Simon and Goes to the Next Round