Radiation Discovered in the Air of the Philippines 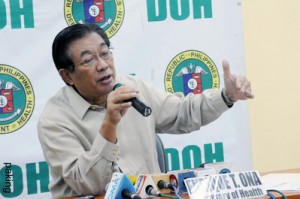 Philippines Ministry of Health, Enrique Ona, assured that there is no need to prohibit the exportations of Japanese food. While the Ministry of Agriculture recommended that it was safer to deny any importations of lactose products developed near the disaster zone.

Meanwhile China and South Korea, countries that are closer to Japan than the Philippines, revealed that they too have discovered small quantities of radiation that are no harmful to men.

The Oprah Winfrey Show Ends On May