Referees will be assigned and there will be a classic 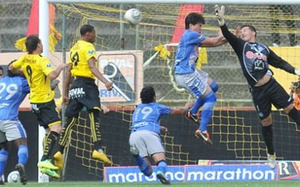 The Association of Arbitrators of Ecuador decided to abandon its attitude of not whistle this weekend and scheduled games themselves will normally, except the ones from the club Pilahuin Tio, in the second category, which the arbiters accused of assaulting his colleagues last Sunday hence they will not whistle anymore.

Meanwhile, the fans of the country focuses on what will be the biggest game of the date, the classic match.

Both teams have worked without being able to define the starting lineup for the game that will be held on Sunday at 16:30, in Capwell Stadium.

Emelec (pointers with 33 units) will seek to get a win against his rival, not only to take revenge of 5-0 wins on November 4 last year, but to keep the first place in this stage. The Quinteros starting lineup could be the same that thrashed 7-0 to Universidad Catolica, and 4-0 against Macara in the last two dates of the contest.

Meanwhile, Barcelona wants to cut the streak of the blue team and get the three points to aspire to reach international tournaments.

The complete date includes, morning games between Manta and Liga de Quito, Deportivo Quito against Macara, Deportivo Quevedo will receive El Nacional, and Independiente with Catolica. On Sunday, as the classic, a match will be played between Liga de Loja and Deportivo Cuenca.