Reforms to the Traffic Law were approved 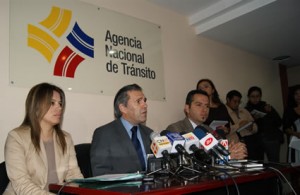 The reforms to the Traffic Law were finally approved this December 29, after President Rafael Correa issued his observations. The changes will take effect in the next 48 working hours.

One of the points to reform has relation with the mechanism to obtain the license for non-professional drivers. Those interested willno longer have to take a course at a driving school. That requirement was finally eliminated.

Now, the National Traffic Agency (ANT for its Spanish acronym) will be in charge of issuing this document. But for this, it was confirmed that the agency has 365 days to implement the processes, tools and evaluation mechanisms to the user.

The same term of 365 days was granted to the Secap for authorization of ANT for training and education for aspiring drivers nationwide.