A report from the Venezuelan Program Education-Action on Human Rights (Provea for its Spanish acronym), ensures that repression in Venezuela has increased 485% compared to previous years.

Provea argues that this repressive policy has left a toll of “854 injured and wounded between February and May,” peak months of the protests, resulting in “an increase of 270% compared to previous years.”

The report also states that 3,127 detainees have been reported, the highest figure in the last 25 years, of which 2,463 have been brought before the courts for protesting, while allegations of torture and cruelty totaled 157 cases.

Regarding the decision of many media of not broadcasting the protests over fear of sanctions, Provea counted “174 cases of violations of freedom of expression and attacks on journalists,” an increase of 240% compared to 2013. 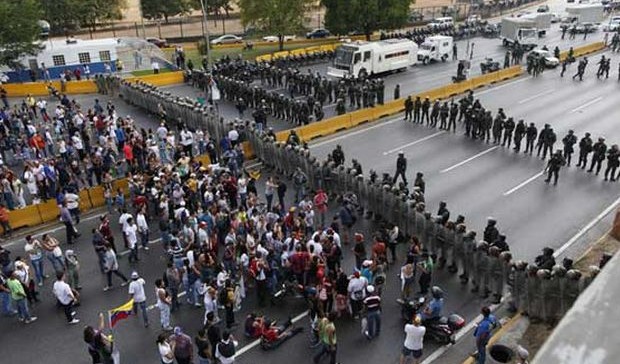