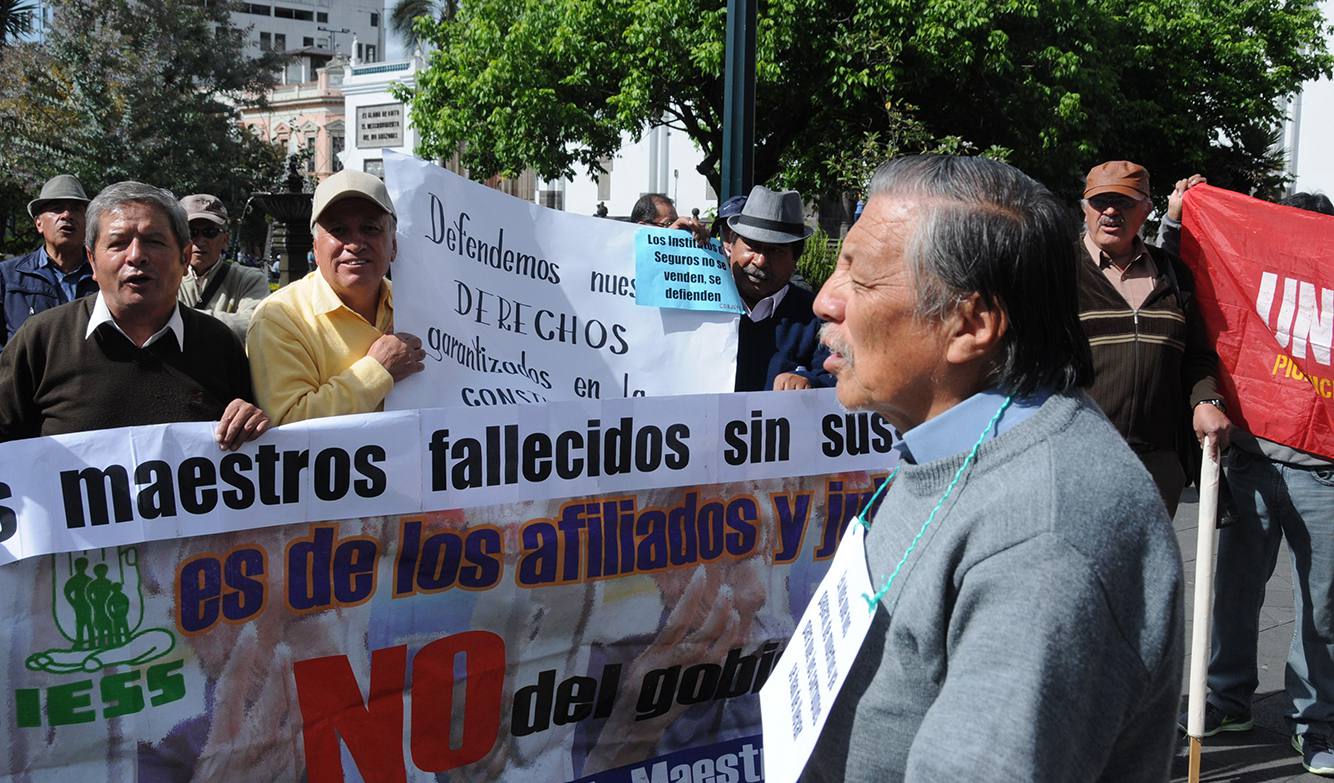 “They have to pay us when we are alive, when we are dead that will be useless!” that was the chant chorused yesterday at the Plaza Grande by dozens of retired teachers from fifteen provinces, who protested in front of the Carondelet palace.

With posters they demanded that the retirement process are streamed in accordance with the law (60 years old and 30 years of work) ; that the State equalizes social security contributions, in arrears in some cases since January 2016 and the reserve funds.

In addition, they asked for an efficient payment of retirement incentives and the homologation of payments made to those who have received lower incentives since 2008 at $ 48,000.

Retirees protest coincides with the change of guard, so Presidency staff requested them to keep their banners during the military ceremony.

Teachers responded that when President Rafael Correa makes his appearance they would raise the posters so he knows about the case. But it was not necessary because a few minutes before the event they were invited to enter the Palace for talks with the Secretary of the Presidency.