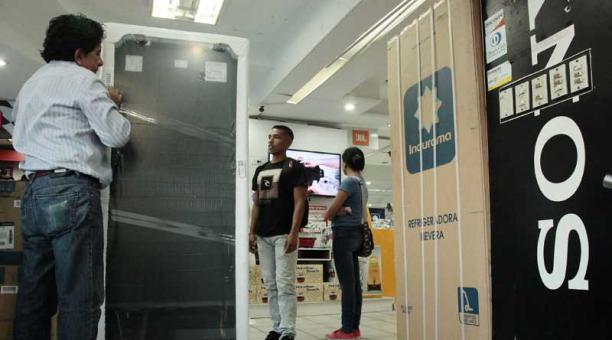 The drop in demand -External and internal- is reflected in the figures of the trade balance in the first quarter of this year. This is indicated by entrepreneurs and economic analysts.

According to the Central Bank of Ecuador (BCE for its Spanish acronym), in that period a surplus of USD 48.5 million was recorded. This, however, is not the result of an increase in exports, but the drastic reduction in imports (36.5%), in relation to the first four months of last year. The latter occurred in all areas, both in volume and value. Purchases fall not only as a result of the balance of payments safeguards, set last year and in force until June 2017, but because there is not enough domestic demand.

Consumers prefer not to spend in a difficult economic time and, in addition, production is slowed. This reality is experienced in the construction sector, for example. Hermel Flores, an engineer and former executive of this sector, explained that as there are fewer projects, there is no need to import items with and without surcharges. Thus, profile pruchases for structures, appliances, ceramics, among others, have been sacrificed.