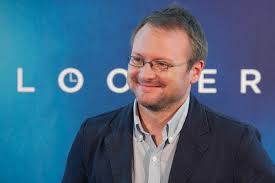 Variety, The Hollywood Reporter and the english specialized blog Deadline published that Johnson is chosen to take over the ship for the next galactic saga.

Johnson is best known for the science fiction movie “Looper”, starred by Joseph Gordon-Levitt and Bruce Willis. The film, produced on a budget of $ 30 million, grossed 176 million worldwide.

The director of 40 years, was also responsible for shooting some of the most memorable episodes of “Breaking Bad” series, including “Ozymandias” or “Fly”.

Earlier this month it was announced that Josh Trank, director of “Chronicle” will be behind the camera to shoot the second “spinoff” (film focused on one character) from the galactic saga “Star Wars”.

On May 22 it was announced that Gareth Edwards, director of “Godzilla” was responsible for the first “spinoff” of the famous franchise, premiere that is scheduled for December 2016.

Ford, who plays Han Solo, fractured his left ankle on June 12 and will remain sidelined for two months, although the accident will not affect the shoot. The film will hit theaters in December 2015.