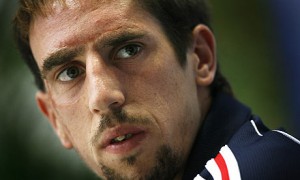 The international French player Franck Ribery of the Bayern of Munchen assured this Sunday to the press that his team could win two titles on this season. Even when it has 14 less points than the leader of the German league the Borussia Dortmund.

However the Bayern is in a bad position on the German league, but it still has chances on the German Cup and the League of Champions, where the team will face the Inter Milan. Ribery has been away of the field for two months due to a ankle injury, however he assured he is better than ever, and that his relation with the Dutch coach, Louis van Gaal are much better.

Now You Can Turn on Your Washing Machine from Your Office