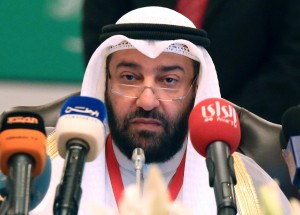 The Kuwaiti oil minister said he hoped that the current rise in barrel prices continue in the second half of 2015 as the global supply surplus is reduced.

“I think it will last,” said Ali al-Omair on the recent rise in oil prices, in statements made in the context of an event on energy.

The minister also said that the current surplus was “definitely inferior” to 1.8 million barrels per day. “The surplus is shrinking and part of the production is exiting the market,” said Omair.

On Monday, oil prices were steady, with the benchmark Brent contract trading over $ 61.