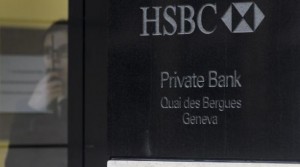 The Swiss prosecutor opened a criminal investigation against the HSBC Private Bank by capitals laundering. Furthermore, since Wednesday, February 18 it began to register its headquarters in Geneva, said the public ministry of the county.

“The prosecution announces, after the recent public disclosures relating the HSBC Private Bank (Switzerland) it has opened a criminal case against the bank” for aggravated money laundering, as indicated in a statement.

The prosecution pointed out that although the investigation has been opened against the bank, “according to its evolution,” it could also involve individuals “suspected of money laundering operations,” said the prosecutor.