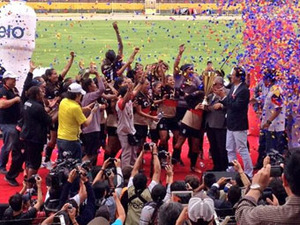 The club of Guayaqul was proclaimed the first official national champion of the women’s soccer tournament in the country, winning 1-0 in Quito FC.

The historic event marks the beginning of such national tournaments already under way in many countries. Rocafuerte, besides champion, qualified to represent Ecuador in the female Copa Libertadores, to be carried out in October in Brazil.

Rocafuerte won with a goal scored by Erika Vasquez through an individual action (73m), she added the goal with a powerful shot that beat the keeper Shirley Berruz.

In the other game that ended the season, Espuce (Pichincha) won 4-3 at 7 de Febrero (Los Rios) and reached the third place.

Miracle of radiant Virgin could be a fraud