Rousseff delegated to Chancellor to discuss Venezuelan crisis on Unasur 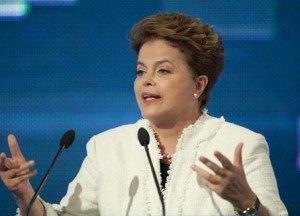 Brazilian President Dilma Rousseff showed herself somewhat vague when she was asked about the crisis in Venezuela during the taking of power by Michelle Bachelet.

Rousseff noted that the responsibility for this issue will be handled by its chancellor, Luis Alberto Figueiredo, that represent Brazil at the meeting of the Union of South American Nations (Unasur) this Wednesday, along with the foreign ministers of the other countries within the organization.

According to the president, they will debate “the construction of an environment of consensus and stability in Venezuela.”

Currently, in Venezuela, 20 people have died due to the lack of capacity of Nicolás Maduro to deal with social crisis.