Ruling against Chevron was obtained from “fraudulent” manner 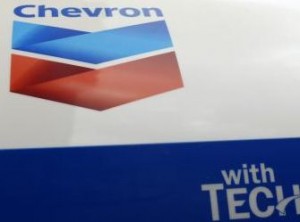 The federal U.S. judge Lewis Kaplan claimed to have found “fraudulent evidence” and “corruption” in the judgment against Chevron in Ecuador for environmental contamination, assuring that the multimillion fine of $ 9.500 million applied to the U.S. oil company was obtained illegally .

In his decision, Judge Kaplan asserts that New York lawyer Steven Donziger and their Ecuadorians peers “presented fraudulent evidence, they drafted the judgment of The Lago Agrio case themselves, and promised $ 500,000 to the Ecuadorian judge to pronounce in their favor and sign the court decision “.

“If ever there was a case that would justify equitable relief through a judgment obtained by fraud, this is the case,” he added, referring to the failure of 2011.

While Chevron was celebrating the ruling, Donziger´s spokesman, Christopher Gowen, stated that Kaplan’s decision “is one of the greatest abuses ever committed by a civilian judge” and anticipated that they would appeal the judgment.