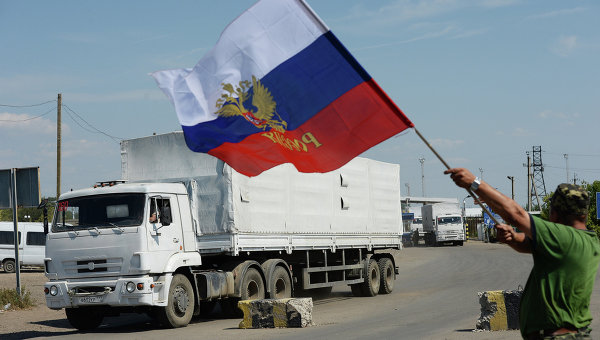 A second Russian humanitarian convoy delivered 2,000 tons of aid to the eastern regions of Ukraine scene of fighting between the army and pro-Russian separatists, announced on Saturday the Russian public channel Rossia 24.

“The second humanitarian convoy delivered 2,000 tons of aid to Donbass”, Ukrainian industrial region converted on insurgents base, said a presenter of an informative space of the channel.

Some 70 trucks delivered “food, medicine and clothing,” particularly in Lugansk, an important city of Donbass and are returning to Russia, according Rossia 24 The channel had previously indicated that the convoy consisted of a total of 300 trucks.

The ceasefire agreement signed last week between Ukraine and separatist plans to send humanitarian aid to eastern Ukraine, where many homes have suffered damage and the inhabitants suffer from lack of electricity and water.