The banana industry continues adding losses, due to the commercial complications that have been generated as a result of the war between Russia and Ukraine, both countries, before the war, absorbed up to 25% of the exported fruit. 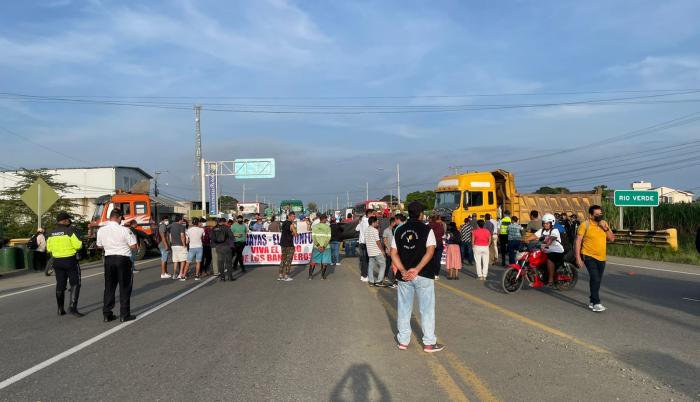 Dozens of producers from Guayas, Los Ríos and El Oro have come out to demonstrate on the roads.

According to an update of figures from the Association of Banana Exporters of Ecuador (Aebe) , released on April 12, 2022, the country has stopped receiving $30.84 million , a reduction of 37.32% when compared to 2021.

The fact has caused the State to stop receiving $148,000 for the collection of taxes and that a greater amount of fruit remains in the local market, aggravating a price crisis that affects farmers and exporters.

This situation has caused that, between yesterday and today, dozens of producers from Guayas, Los Ríos and El Oro resume the demonstrations with road closures. Obstructing the roads with clusters and stones, they have been asking the Government to declare the sector in an emergency , in order to evacuate the fruit that remains and thereby improve pay, also affected by a fall in prices at the international level.

In recent weeks, farmers have been receiving between $0.50 and $2.00 per box per box, well below the official price ($6.25). This Tuesday, the protest continued in Guabo (El Oro).

First well of the Ishpingo field adds to Ecuador’s oil production with 3,600 barrels per day