Russian planes are detected by NATO in European airspace 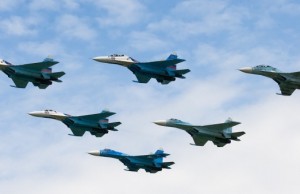 NATO has detected “unusual” Russian aerial maneuvers and “at large scale” on European airspace between Tuesday and Wednesday.

The air activity of 15 aircraft of the Russian forces occurred in the airspace over the Baltic Sea, the North Sea, te Atlantic Ocean and the Black Sea, the NATO reported.

This represents “an unusual level of air activity over European airspace,” according to what the organization admits in a statement.

The Russian maneuver on European soil represents a new reason to keep tension with NATO countries by the conflict in Ukraine.

In none of the incursions into the European airspace incidents were recorded, although the political-military organization insists that by failing to inform to the traffic authorities, these maneuvers “pose a potential risk to civil aviation.”