Safeguard measures are applied despite warning from the CAN 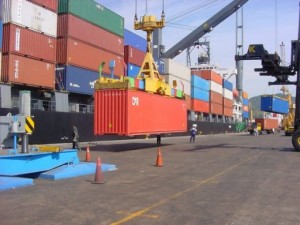 The exchange safeguard measures to imports that arrive from Colombia and Peru are enforced from the January 5, despite the warnings of the Andean Community (CAN).

The CAN alerted the day after the announcement of the Ecuadorian government, that “the application of safeguard measures can not be implemented until this General Secretariat takes a decision in relation to the item.”

However, the Ministry of Foreign Trade announced that this January 14, in Quito, a meeting is being held between Francisco Rivadeneira, head of the ministry, and his counterpart, Cecilia Álvarez, to address the issue of safeguards, in force since the issuanceResolution 50 of the Committee of Foreign Trade (Comex).

The commercial sector hopes that with the dialogue “a transition regime without prejudice is established at least for imports whichthat had already been arranged and negotiated before the measurement,” said Roberto Aspiazu, Director of Ecuadorian Business Committee.

Pope Francis: Freedom of expression is a right “but there are limits”