Sandra Bullock is the highest paid actress according to Forbes 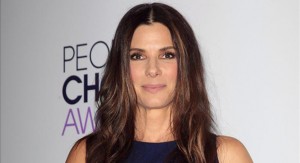 In the latest issue of Forbes magazine, Sandra Bullock is at the top of the best paid actresses in Hollywood, with an income of $ 51 million per film. Bullock is followed by Jennifer Lawrence and Jennifer Aniston with $ 34 million and $ 31 million.

In the online edition of the magazine, it is mentioned the fact that Bullock did not win an Oscar for her role in “Gravity”, but the actress was disbursed a lot of money, which made ​​her the highest paid actress. The other positions are occupied by Gwyneth Paltrow, Angelina Jolie, Cameron Diaz and Scarlett Johansson.