Later this year the number of scholarship recipients to study for master’s, doctoral and medical specialties abroad, will be known.

A total of 1,820 candidates were summoned by the Ministry of Higher Education, Science, Technology and Innovation (Senescyt for its Spanish acronym) to present for the Examen de Ingreso al Posgrado (Exaip), between last Saturday and Sunday  o its second round, as the first round was conducted from March to June.

To this end, the Ministry fitted in 10 provinces, 23 enclosures for 1,572 applicants, and abroad 248 applicants were supposed to go to campuses in 22 countries to take the test in an online system.

From August 14 to October 12 the call for application for scholarships was held. Once the tests were finished, between November and December there will be interviews. At this stage authorities will measure research vocation, strength of the project of study and of research and emotional stability. Then they will reveal who are the winners of the scholarships. 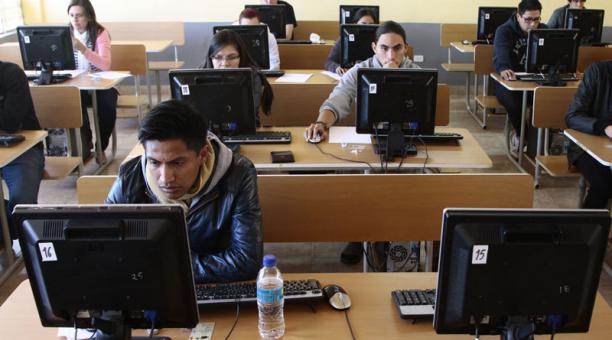