Schwarzenegger Ended his Government in California 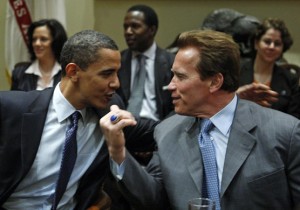 Arnold Schwarzenegger ended his period as governor of California this Monday, he defended the decisions he made until the last moment. The former body building champion, and hero of the film “Terminator” leaves California with many financial issues after seven years of government.

Schwarzenegger lost on November 2 the elections against the democrat Jerry Brown. The famous actor transformed himself into a liberal Republic supporter of environmental causes, and managed the reelection on 2006. But his popularity waned at the time of the financial crisis.

On October, Schwarzenegger said via twitter that he did not know if he would have the patience to be six month in a film set to shoot a movie. The former actor of 63 years said that his next project would not have economic motivations; it is rumored that he might enter the Obama administration with a position on environmental affairs. (AV)

Governor of a Pakistan Province is Murdered