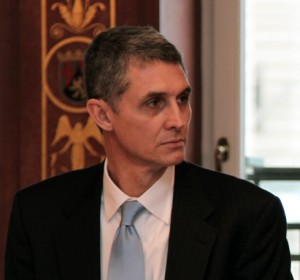 The United States Embassy in Oslo rejected the comments made regarding the plan between USA and Germany to create new spy Satellites secretly without caring for the French opposition. The WikiLeaks cable stolen by the Norwegian newspaper Aftenposten revealed this information.

The project named HiROS implies the construction of an undetermined number of satellites for high definition observation, capable of distinguishing objects, and sends images to earth faster than regular satellites, it also captures infrared pictures at night.

Officially the satellites are for environmental purposes, however a 70% of the satellites would be sold to private actors. The program would be made under the complete control of the German Secrete Service (BND), and the German space agency (DLR).

The information revealed by the Aftenposten shows how some countries desired that the project fail, especially France. While the Germans ignored the French opposition stating that they are tired of the French manipulation, comments made due to the shady commercial practices, and the hidden politic agenda.

France and Germany are officially working with the image space program MUSIS (multinational space-based system) along with Belgium, Spain, Greece, and Italy.

Meanwhile, Mitchell Moss from the United States Embassy in Oslo, denied the comments related to the WikiLeaks diplomatic cables, while the German Embassy gives total credibility to the comments of the German Government.

Finally, the spokesman of DLR, Andreas Shuetz, said that the optic satellite of high resolution is project solely for the government objectives like, how to handle a crisis during a natural disaster and for scientific purposes.