Second infected with Ebola in the US is recovered 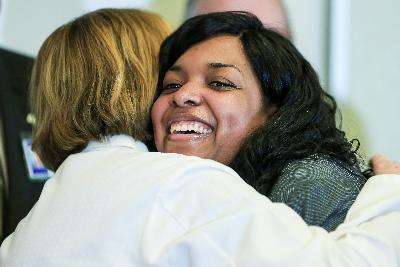 The second person who contracted Ebola in the United States, the nurse Amber Vinson, has removed the virus from her system and returns to her home in Dallas (Texas). Before leaving the Emory University Hospital in Atlanta, where she was transferred on October 15 after confirming her status, Vinson thanked to the team the skills and affection that “have made my recovery possible.”

The 29 years old nurse was part of the medical team at the Texas Presbyterian Hospital that treated Thomas Eric Duncan, the patient who was admitted to the center in late September and was diagnosed as suffering from Ebola following his return from Liberia. Duncan died on October 8. Doctor Bruce Ribner, director of the hospital team, celebrated the recovery of Vinson and pointed out that she can return home and to the community.

More armaments are found in Sucumbíos