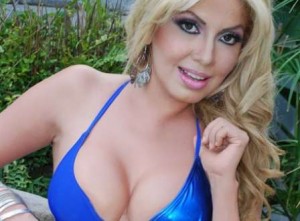 The accident took place after midnight when Sharon was in the car with her husband Geovanny López and their son, who were not injured.
According to preliminary versions, she would have been hit by a vehicle when exiting the car, by an apparent altercation with her husband, who until 06:00 was held today to give his version of events.

Authorities of the Attorney of Santa Elena and members of the Transit Commission of Ecuador and Police have not given details of what happened.

Interior Minister Jose Serrano said in his Twitter account that her death could be a case of femicide (violent death of a women because of gender),according to recent police investigations.

“URGENT According to latest report of the Police, it could be a case of femicide and not an accidental death of the beloved singer Sharon,” he said.

He added: “Teams from the DINASED and CRIMANILISTICS and the SIAT are currently moving to Santa Elena.”

Tourists received 2015 from the beaches