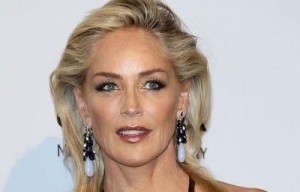 The Public Relations firm MCSquared sued actress Sharon Stone for not fulfilling with her obligation to appear in Ecuador in the campaign “The dirty hand of Chevron” against oil pollution in the Amazon, as reported by New York Daily News.

The agency ensures it paid more than $ 350,000 in the lawsuit by breaching of contract. They first disbursed $ 275,000 to a Massachusetts booking agent and an additional of $ 77,400 “to accommodate the diva requests” of the actress, according to the lawsuit filed in the federal court in Brooklyn.

Shortly before starting a three-day tour in Ecuador, the actress got sick and was hospitalized in April 2014. “From the date of this presentation, nor the Office of Inter-American Program and Stone repaid the $ s275.000,” according to the lawsuit.

The complaint includes claims for first class airfares, hotel suites in luxury hotels for her and three companions, and the hair and makeup for events.

First case of chikungunya was confirmed in Esmeraldas