Shrimps are harvested in sea cages 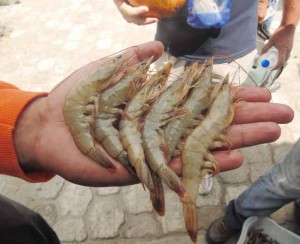 INP director Edwin Moncayo said that 10 000 juvenile shrimp of 3.5 crop grams were sown in March, reaching a weight of about 12 grams in 2 months of cultivation.

According to a statement, one of the fishermen indicates that the feeding of the shrimp was based in a balanced diet without chemical additives.

The harvest is the result of a cooperation agreement between the INP, the Autonomous Parochial Decentralized Government of Cojimíes and the Cooperative Society of Artisanal Fish Production of Cojimíes.

43% of exports went to the United States