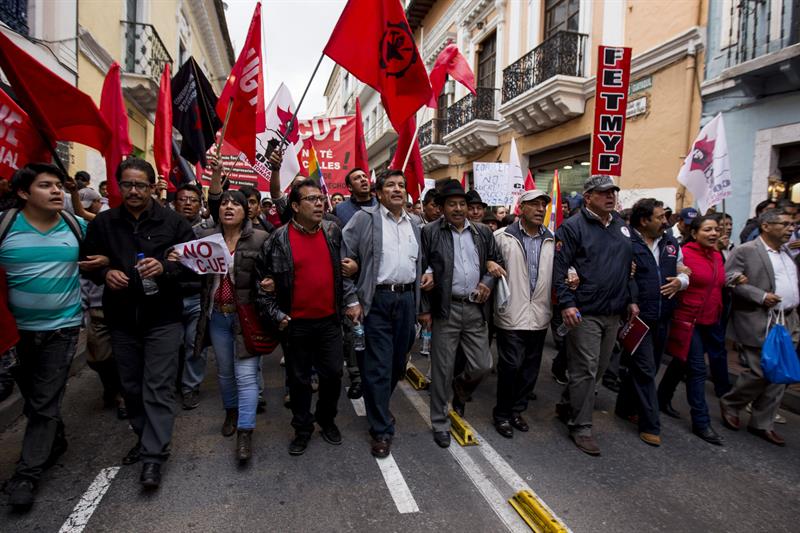 The social and union leaders evaluated as positive Thursday’s march across the country and highlighted the held in Quito where they estimated the figure exceeded 70,000 people.

Tatamuez Mesias, leader of the Unitary Workers Front (FUT) thanked citizenship and noted that this mobilization participated anyone who feels affected by misguided policies of the regime.

However rejected the violence of those who considered infiltrated and attacked members of the National Police guarding security in the Plaza de San Francisco.

“The provocation of infiltrated is not of the FUT and we will never accept that statement, we told the people that marches will be peaceful and not to destabilize the country” Tatamuez said.

The leader announced that on March 26 will also march with the Farmers Insurance.