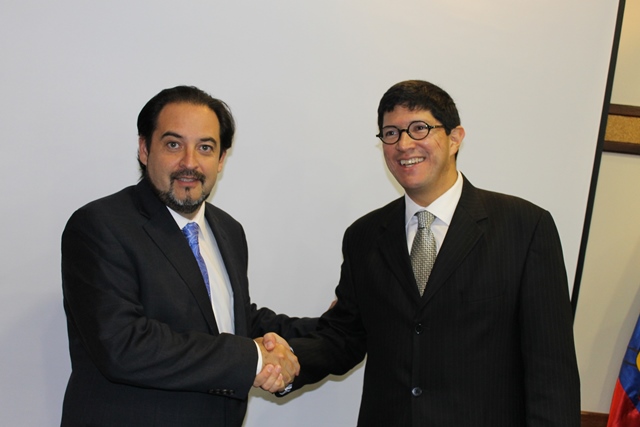 The Vice Minister of Commerce of Chile, Andrés Rebolledo, described as “helpful” and “positive” the meeting he held yesterday in Quito with Ecuadorian commercial authorities to discuss the tariff safeguards applied by the government of Ecuador.

Rebolledo, Head of the Directorate General of International Economic Relations (Direcon) of Chile, said that the measure affects important export sectors of his country, but highlighted the openness of the Ecuadorian authorities to understand and assess the situation.

The appointment was attended by the Minister of Foreign Trade of Ecuador, Diego Aulestia, the Minister of Industry, Ramiro Gonzalez, and their teams, in addition to the Chilean delegation led by Rebolledo, and formed by representatives of some export associations of Chile.

“It was a helpful meeting, a meeting in which we could share with the Minister of Trade and Industry (Ecuador) on the impact of these measures to exports from Chile,” said the Deputy Minister in an interview with Efe.

He also noted that next week they will present specific proposals for alternatives that may eventually safeguard the trade flows, said the Chilean Vice Minister.