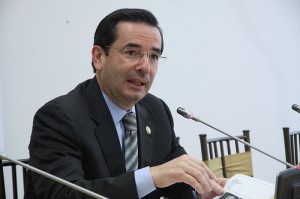 The schedule of socialization of the draft constitutional amendments would start between 15 and 16 of January, said the President of the Occasional Commission processing the request for that project, Juan Carlos Cassinelli (AP).

Cassinelli noted that they will visit provinces, capitals, counties; and expect to talk with associations, guilds, unions and universities.

“We are thinking about going to Montecristi as an opening ceremony, which was the Constituent Assembly, to have there our first session of the Commission,” he said.

This table would have a report ready for the second debate in early December of 2015, to be approved by the plenary until early January of 2016.