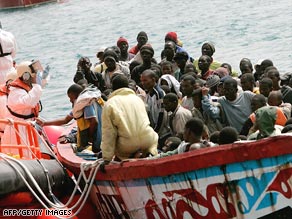 Since today the immigrants that reside legally in Spain for at least five years can register until January 15, this way they might be able to vote on the Municipal Elections on May of 2011.

Many of the voters are from Latin American origin; according to the immigrant organizations the number rises to 600 thousand. Meanwhile Spain signed treaties with countries like Colombia, Peru, Chile, Ecuador, Paraguay and Bolivia among others. The Spanish Parliament certified the treaty on November of 2009.

The new voters must register themselves until January 15, as a requisite they must be over 18 years, have at least five years living legally on Spain and have a residence permit. Over twelve immigrant federations are working in the country to motivate the register inscriptions with the motto “For the immigrant vote! We count with you. Subscribe. Your vote counts.”

Increases the Pressure on WikiLeaks and Assange