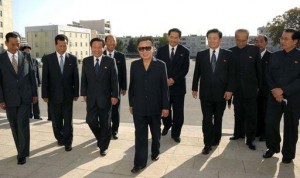 The White House informed yesterday that China has the obligation to put an end to North Korea belligerent behavior, after Pyongyang revealed its stock of centrifuges to obtain uranium.

This announcement was made a week after Pyongyang attacked a South Korean island, producing military and civilian casualties. This incident intensifies a crisis that China tried to deactivate by proposing negotiations with the Group of Six (USA, Russia, China, Japan and both Koreas), however this was rejected by the United States.

The Pyongyang press informed that two atomic bomb of plutonium have been done. It also stated that the uranium enrichment is being made with peaceful purposes as countermeasure for the electric demand.

Meanwhile, experts and high officials of United States fear that the plant might easily be turned into a nuclear weapon manufacturer.