Superintendent of information will be elected tomorrow 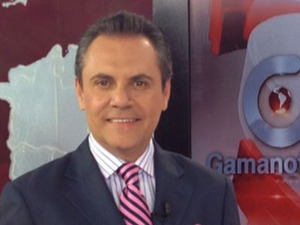 There are seven members of the Board of Citizen Participation and Social Control (CPC) to elect tomorrow, Tuesday October 8, the new superintendent of information.

The designated authority will be part of the trio, which was referred by the regime leader, Rafael Correa to the Council, which consists of social communicators Carlos Ochoa , Maria Elena Aguirre and Wilman Sanchez.

Ochoa leads the list and was challenged by lawmakers Lourdes Tiban (KP), Andrés Paez (CREO), Abdala Bucaram Pulley (PRE), and citizen Nestor Marroquin. But these objections were rejected last Thursday by five members of the entity.

The plenary will meet around 10:30 and must mote a name for this trio to vote. Whoever has the most acceptance will be appointed by a resolution.

The Council is scheduled to report until Thursday its decision to the National Assembly to be possessed chosen and directed by the council president, Fernando Cedeño.