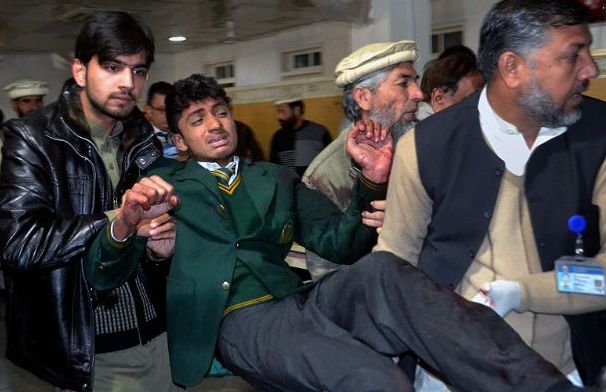 At least 148 dead, mostly children and adolescents, was the balance after an attack executed by a group of armed Taliban on Tuesday that broke into a school for children of military personnel in Pakistan.

This school, whose 500 students are between 10 and 18 years old, is located on the road between Peshawar and Warsakm and is part of a network of 146 establishments for children of military personnel.

The Provincial Information Minister Mushtaq Ghani, reported that many students were killed by a shot in the head, moreover, there were 25 serious injuries in this school of Peshawar, the main city in northwest Pakistan.

According to witnesses, a loud explosion shook the public school, after which the attackers, dressed like military, entered the establishment and shot the students classroom per classroom.

The attack was immediately claimed by the Taliban Movement of Pakistan (TTP), the main Islamist group in the country.

Five hours after the attack initiated, combats were still recorded in the interior between the Taliban and the army, which announced it had killed four of the six attackers.