Terrorism in Kenya affects their growth 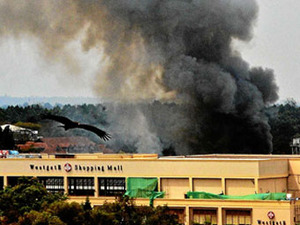 Westgate Shopping Centre of Nairobi, was a symbol of the growing prosperity of Kenya, but since the assault that began at the shopping mall in the capital, his image became one of the worst terrorist attacks in the history of East Africa, in which 68 people have lost their lives so far.

Machine gun shots, explosions and a large plume of black smoke came out from the house during the confrontation with law enforcement Islamist rebels, of the alleged terrorist group Al Shabaab, a wing of Al Qaeda, who took the luxury mall.

Joseph Ole Lenku, an official spokesman said that two terrorists were killed yesterday during a confrontation with the military.

The Westgate Mall attack is not the first involving important symbols of a nation. We must remember that the United States and the European Union condemned the attack by Taliban, last Sunday, against a Christian church in Pakistan, which killed 80 people.