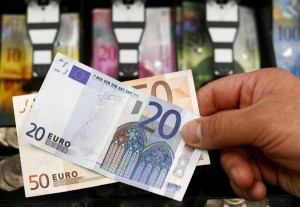 The euro hit this Tuesday March 10 its lowest level in twelve years with the dollar, weighed down by the eurozone monetary stimulus, the growing speculation about an advance of the rise of interest rates in the US and the situation in Greece .

In London exchanges, the European single currency fell as low as $ 1.0735, its lowest level since mid-April 2003. European shares were red.