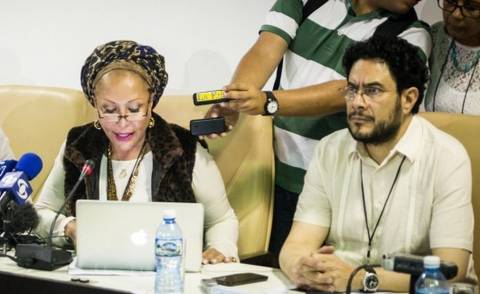 The communist guerrillas of the FARC decided to maintain their unilateral truce indefinitely in Colombia, despite several attacks of the Army, announced on Monday the former congresswoman Piedad Cordoba, after meeting with rebel leaders in Cuba.

“The peace FARC delegation responded positively to this request (to maintain the ceasefire declared in December) despite harassment” of the military, told to the press Cordoba in the presence of delegates from the FARC in Palace of Conventions in Havana.

The former congressman led a delegation called Frente Amplio for Peace, composed of personalities and Colombian social organizations, who met with peace negotiators of the guerrillas.

Cordoba stressed that the unilateral ceasefire has had positive effects, “avoiding new victims and irreparable damage, leading to the generation of a peaceful environment for rural communities.”