The variant of the covid-19 that was detected in the United Kingdom again activated the restrictions in countries of Europe and Latin America, mainly. Ecuador is no exception and a few minutes ago, the President of the Republic, Lenín Moreno, announced a state of exception from this Monday, December 21, and for a period of 30 days. 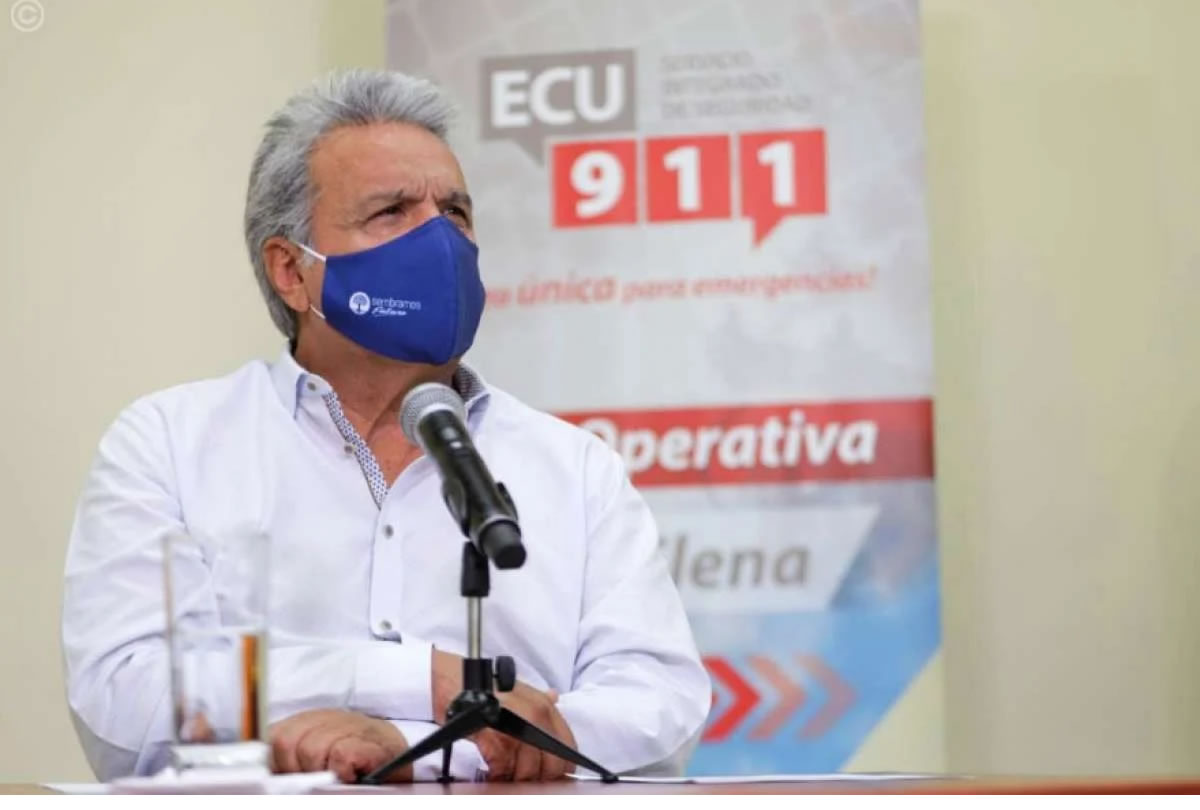 The decision was taken after a meeting held by the Head of State with members of the National COE, in order to take preventive measures; that is, avoid the spread of covid-19 and even the repetition of episodes such as those that were experienced in the months of March and April, mainly.

In total, there are nine measures that will be implemented: first, the state of emergency for 30 days throughout the country, in addition to the implementation of the curfew starting this Monday, December 21 from 10:00 p.m. to 04:00 a.m. . During that time prohibition will be imposed. The measure will last 15 days, after which an evaluation will be carried out. Another measure is that it restricts the circulation of private vehicles throughout the territory, not public transport, which will be the object of a detailed study. The restriction will be fulfilled as follows: on Mondays, Wednesdays and Fridays, motor vehicles with odd plates circulate, while on Tuesdays, Thursdays and Saturdays those with even plates will circulate. On Sunday 27 only vehicles with odd plates will circulate and on Sunday, January 3, those with even plates.

The shopping centers will serve from 08:00 to 20:00 with a capacity of 50% of their capacity; in addition, the capacity in restaurants and hotels is reduced by 30%.

As for private or family gatherings for the festivities, these will be limited to a maximum of 10 people in social gatherings, for the end of the year festivities the burning of puppets is prohibited in all public spaces.

Previously, the President indicated that those who arrive in the country from the United Kingdom, Australia, South Africa and other countries of the European Union (EU) must deliver a negative result of covid-19, which must be carried out within 10 days prior to the trip. They will also have to carry out a rapid antigen test at airports, for which medical teams from the Ministry of Public Health will be available, after which they will have to comply with the Mandatory Preventive Isolation (APO) in previously agreed hotels for five days from the arrival for non-resident travelers in Ecuador. If they do not have a negative PCR or rapid test result, they must complete 10 days of isolation in previously agreed hotels. (I)